Researchers at the University of California, San Diego School of Medicine and Moores Cancer Center report that bariatric surgery resulting in dramatic weight loss in formerly severely obese women reduces the risk of endometrial (uterine) cancer by 71 percent and as much as 81 percent if normal weight is maintained after surgery.

Published in the April issue of Gynecologic Oncology, the official publication of the Society of Gynecologic Oncology, the findings indicate obesity may be a modifiable risk factor for endometrial cancer, and bariatric surgery a viable option for eligible patients. They are based on a retrospective cohort study of 7,431,858 patients in the University HealthSystem Consortium database, which contains information from contributing academic medical centers in the United States and affiliated hospitals. Of this total, 103,797 patients had a history of bariatric surgery and 44,345 had a diagnosis of uterine malignancy.

Obesity is a widespread public health problem in the United States, with an estimated two-thirds of the U.S. adult population considered to be overweight or obese. The condition is strongly linked to a host of health risks, among them heart disease, diabetes and cancer, in particular endometrial cancer.

“Estimating from various studies that looked at increasing BMI and endometrial cancer risk, a woman with a Body Mass Index (BMI) of 40 would have approximately eight times greater risk of endometrial cancer than someone with a BMI of 25,” said first author Kristy Ward, MD, the senior gynecologic oncology fellow in the Department of Reproductive Medicine at UC San Diego School of Medicine. “This risk likely continues to go up as BMI goes up.”

Bariatric surgery is often the last resort for obese patients after all other non-surgical weight loss efforts have failed. To qualify, patients must be an acceptable surgical risk and be defined as either severely obese with a BMI of 40 or greater or have a BMI of 35 or greater with at least one related condition: diabetes, obstructive sleep apnea, obesity-related cardiomyopathy or heart muscle disease or severe joint disease.

Typically, bariatric surgery involves reducing the size of the stomach using a constrictive gastric band, removing a portion of the stomach or resecting and re-routing the small intestines to a small stomach pouch. In all cases, the surgery must be followed by lifestyle changes to ensure long-term weight loss success.

“The majority of endometrial cancers are estrogen-driven,” said Ward. “In a normal menstruating woman, two hormones control the endometrium (inner lining of the uterus). Estrogen builds up the endometrium and progesterone stabilizes it. A woman with excess adipose tissue has an increased level of estrogen because the fat tissue converts steroid hormones into a form of estrogen.

“So there is too much estrogen, causing the endometrium to build up, but not enough progesterone to stabilize it. The endometrium continues to grow and can undergo changes into abnormal tissue, leading to cancer.”

“The obesity epidemic is a complicated problem,” she said. “Further work is needed to define the role of bariatric surgery in cancer care and prevention, but we know that women with endometrial cancer are more likely to die of cardiovascular causes than they are of endometrial cancer.  It’s clear that patients who are overweight and obese should be counseled about weight loss, and referral to a bariatric program should be considered in patients who meet criteria.” 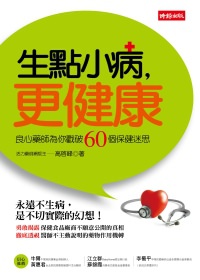